Community Development Districts (CDD), are “units of special -purpose local government” established by Chapter 190 of the Florida Statutes .CDD’s provide a mechanism for the financing and management of new communities, consistent with local government’s development procedures, regulations and environmental standards.

At present, the District is responsible for potable water and wastewater utilities, distribution of reclaimed water for irrigation, storm water management for the community, operations financing and maintenance of the Hammock Dunes Toll Bridge.

The District service area is approximately 2,200 acres and is located on the barrier island within the unincorporated land of Flagler County.  The District serves the private communities of Hammock Dunes, Ocean Hammock, Hammock Beach, and Yacht Harbor Village.  There are more than 300 CDDs in operation throughout Florida today.

CDDs posses certain general legal powers similar to cities, such as the right to enter into contracts, to acquire and dispose of real and personal property, to adopt rules and regulations to govern its operations, and to obtain funds either by borrowing, issuing bonds or levying non-advalorem assessments and taxes.  The ability to obtain funding in the form of Revenue or General Obligation Bonds for the payment of the cost of design, installation and initial operation of infrastructure facilities is a major reason that land developers utilize CDDs.  The payments of the bonds, as well as the operations and maintenance costs of the systems, are transferred to the end users in the form of utility fees and tolls.  Benefits to forming a CDD are that it can spread out the development costs, meet the concerns of permitting agencies with respect to long term maintenance of facilities and help other local governments avoid unpopular tax increases.

CDD’s are governed by a five-member board of supervisors appointed initially by the district landowner or developer, in our case, ITT.  During the first 14 years of the DCDD’s existence, appointments to the board were made every two years by ITT.  Florida Law requires that control of a CDD must be transferred from supervisors appointed by a developer to supervisors elected by voters in the district.  At the end of 1999, the DCDD transitioned from ITT’s control to the election of supervisors by voters living in the DCDD.  At that time, DCDD was obligated to pay off $40,000,000 in principal and interest costs for revenue bonds that had been issued under ITT’s tenure for construction of the Hammock Dunes Bridge and the DCDD’s utility systems.  In 2012, the DCDD paid off its final bond obligation and is now debt free.  The DCDD’s long-term goals are to maximize customer service while reducing operating costs and user fees wherever possible.  To that end, the DCDD has reduced the Prepaid Discount Toll rate on the Hammock Dunes Bridge twice in the past few years as well as an across the board reduction of utility rates in 2009.  The Board will continue to make procedural changes and institute other actions necessary to accomplish its goals.

There are no upcoming events at this time.

-You see an overflow from a manhole or uncovered manhole.

-You hear an alarm or see a flashing light at a pump station.

-You see water coming from the ground or any unexplained water flow.

-You see bridge or toll plaza lights out at night or damaged in any way.

-You see bridge traffic stalled or dangerous debris on the bridge. 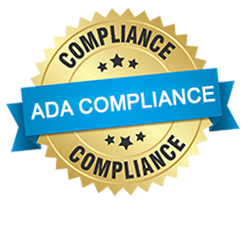